Tangshan Port set up an inland port in Xi'an Port in Xi'an International Trade and Logistics (ITL) Park on March 27, jointly promoting the opening of the Xi'an-Tangshan Port land and sea transportation freight. 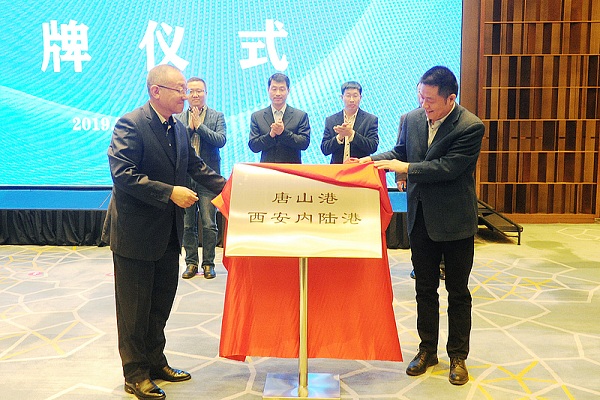 Tangshan Port sets up an inland port in Xi'an Port on March 27. [Photo/itl.gov.cn]

It is the first inland port established by Tangshan Port in Northwest China, which will not only enable Xi'an to be better integrated into the marine economy, but also make Tangshan an important meeting point in the north of the Belt and Road.

As a new frontier in Tangshan and even Hebei province's opening to the outside world, Tangshan Port is committed to serving the national strategy and the local economy. Its port service covers the vast areas of northern and northwestern China, and the routes reach the coastal areas of the country and the world's major ports.

As the only "inland port" with both international and domestic codes, Xi'an Port pioneered the "inland port model" of "inward port migration, on-site billing, sea-rail intermodal transport, and seamless docking.”