Loaded with 41 containers of auto parts and general merchandise, a China-Europe Chang'an freight train departed from Xi'an Port in Xi'an International Trade and Logistics (ITL) Park on Nov 1, heading for Mannheim, Germany, as the first train on the route to utilize a "uniform waybill."

The freight train will leave China via Horgos Port in Xinjiang Uygur autonomous region, and arrive at the Port of Baltiysk, Kaliningard, Russia through Kazakhstan and Belarus. 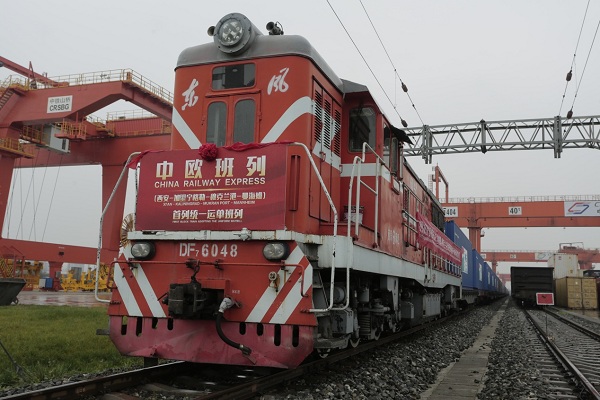 After getting to Mukran Port, Germany by ferry, the freight train will finally arrive at Mannheim, Germany by train. The whole planned transportation time is about 14 days.

With the support of China Railway Xi'an Group Co and railways of countries along the route, it is the first train to use a "uniform waybill," in which the freight train is not required to handle transport documents at the border stations of the countries it passes, reducing the operation time and costs.

It is also the first time for the freight train to carry goods by the "railway-sea-railway" multimodal transport mode, which opens up a wider range of transport channels. 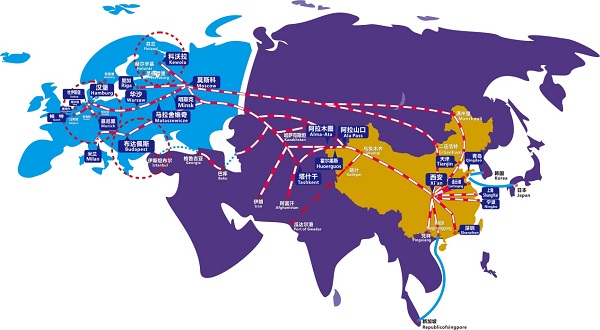 The operation route of the China-Europe Chang'an freight train. [Photo provided to chinadaily.com.cn]

It has continuously built a more efficient and convenient railway-sea multimodal transport for Shaanxi and its surrounding enterprises, promoting the high-quality development of the China-Europe freight train.