Xi'an, capital of northwestern Shaanxi province, stepped in to ensure the safety of returning workers to the Xi'an International Trade and Logistics (ITL) Park, officials said.

They said that they got relevant professional testing agencies to carry out the nucleic acid test on more than 10 companies involved in the resumption of work on the construction of the Xi'an Olympic Sports Center and surrounding support projects on Feb 7.

Nucleic acid test can effectively screen patients during the incubation period, in suspected cases and in asymptomatic stealth infections.

Through rapid screening and shunting, it can cut off transmission sources and prevent cross infection.

"We will carefully arrange inspection work and also properly arrange the implementation of epidemic prevention after the resumption of work, in order to ensure that enterprises start work safely", said Su Guofeng, deputy director of ITL Park. 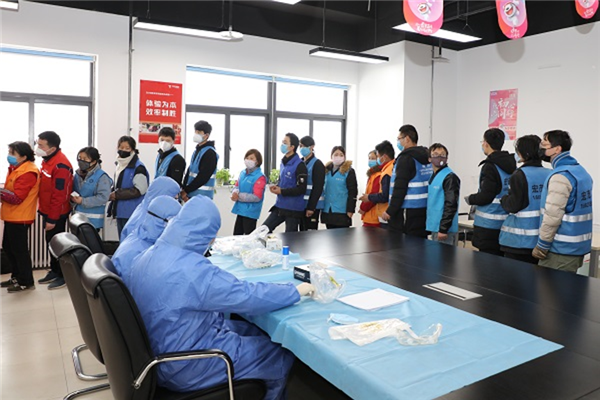 In a major push to fight against the epidemic, ITL Park made huge efforts on prevention, controlling and screening the epidemic during the Spring Festival return journey, strengthening inspection work, as well as cutting off transmission channels.